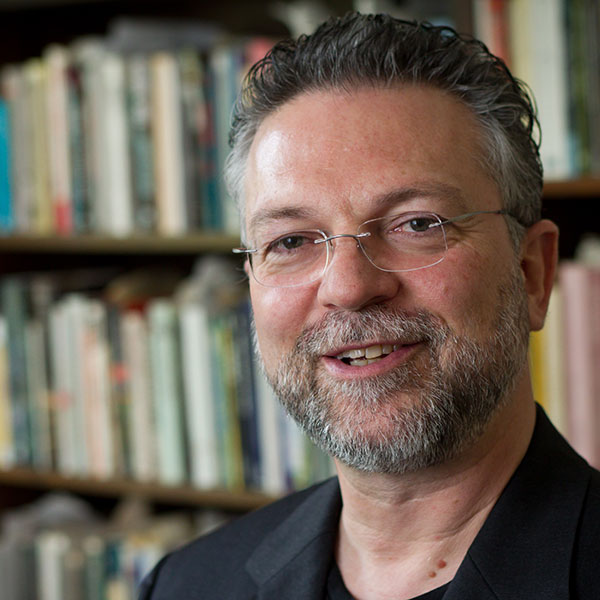 By Joseph A. Soares, editor, The Scandal of Standardized Tests: Why We Need to Drop the SAT and ACT

The massive and sustained outrage at police killings of black men and women has transformed our discussion of systemic racism. George Floyd, Breonna Taylor, Rayshard Brooks, and uncounted other black Americans have been killed by our militarized cops. The moral message of “Black Lives Matter” has gone from the lips of black activists to the public squares of America and the world. Statues honoring enslavers and white supremacists have toppled across Europe and America on a scale not seen since Lenin’s statues were tossed onto junk piles after the collapse of the Soviet Union. Protestors in more than 98 American cities were attacked by “law and order” agents with tear gas, rubber bullets, and clubs. Seattle has a cop-free urban zone; Minneapolis’ city council has voted to defund their police; homicide charges have been brought against George Floyd’s and Rayshard Brook’s killer cops. The NFL has said it was wrong to stop players from taking a knee. The Premier League in England put “Black Lives Matter” on every players’ jersey and Germany’s Bundesliga resumed their covid-19 interrupted season with calls for justice for George Floyd. I was a teenage activist during the anti-Vietnam War movement; we never got the scale or speed of response that this movement has gotten.

Whether all of this anti-racist energy will translate into lasting change depends on politics. Will we transform our criminal justice system? Will we tackle white supremacy as an ugly multidimensional system? Systemic racial disparities in residence, schools, colleges, jobs, income, wealth, and health are the sociological pandemic inflicted by white supremacy.

Michelle Alexander forcefully brought out the racist realities of mass incarceration (New Jim Crow, 2010). The racist disparity between black incarceration rates and college graduation rates is telling. In 2010 in America, “people with felony convictions account for 8 % of all adults and 33 % of the African American adult male population” (Shannon, Sarah K. S., Uggen, Schnittker, Thompson, Wakefield, and Massoglia, “The Growth, Scope, and Spatial Distribution of People With Felony Records in the United States, 1948–2010.” Demography. 2017 Oct; 54, 5: 1795–1818), while college graduates in 2010, were 28% of all adults but just 12% of adult black men (https://blackdemographics.com/education-2/education/). Black men are nearly three times more likely to be felons than to be graduates. Moreover, white men with prison records are more likely to get a job interview than black men without any prison time (Pager, Devah. 2003. “The Mark of a Criminal Record”. American Journal of Sociology 108 (5):937-975). These outcomes are produced by more than just blatant racists, they are the results of systemic racism. As Radley Balko, author of The Rise of the Warrior Cop (2013), says “systemic racism means …. that we have systems and institutions that produce racially disparate outcomes, regardless of the intentions of the people who work within them” (Balko, “There’s overwhelming evidence that the criminal justice system is racist. Here’s the proof.” Washington Post, June 10, 2020).

One core institution that perpetuates systemic racism in America today is college. As Anthony Carnevale and Jeff Strohl of Georgetown University demonstrate, our system of higher education is racially separate and unequal. Carnevale and Strohl found, “Since 1995, 82 per cent of new white enrollments have gone to the 468 most selective colleges, while 72 per cent of new Hispanic enrollment and 68 per cent of new African-American enrollment have gone to the two-year open-access schools. These separate higher education pathways matter because resources [at school] matter” and path-dependent occupational destinations matter (Separate and Unequal: how higher education reinforces the intergenerational reproduction of white racial privilege, abstract, 2013, http://hdl.voced.edu.au/10707/263973). If we look at our “most selective” 171 colleges from 1982 to 2004, we see that the percentage of black students has actually declined from 5.6% to 3.4% (Sean F. Reardon, Rachel Baker, and Daniel Klasik 2012. “Race, income, and enrollment patterns in highly selective colleges, 1982-2004.” Center for Education Policy Analysis, Stanford University, Table A1, p. 20.) Between 1982 and 2004, achievement gaps between black and white students have narrowed in high schools while they have increased in college enrollments. The authors of the Stanford study conclude that “the growing racial enrollment gap must be driven by changes in college application/admission/enrollment processes, not by changes in the relative academic preparation of white and minority students” (p. 15).

One highly significant factor that contributes to the racial stratification of higher education in general, and to the decline in black students at very selective colleges in particular, is the growing weight of race in determining SAT/ACT scores. For too long and by too many, these test scores have been taken as a proxy for individual intellectual merit, when they have always correlated more highly with demographics than with academic performance. Over the last decade, race has become a higher predictor of SAT/ACT test scores than parent education or family income.

On May 26, 2020, the University of California’s Board of Regents voted 23 to 0 to discontinue using SAT/ACT scores for reasons articulated by UC Berkeley’s Chancellor Carol T. Christ and UC Provost Michael Brown at a conference the previous November 2019 at Berkeley’s Law School.  They said at that conference “that research had convinced them that performance on the SAT and ACT was so strongly influenced by family income, parents’ education and race that using them for high-stakes admissions decisions was simply wrong” (Soares, The Scandal of Standardized Tests, 2020: 1). Saul Geiser gave a key presentation at that conference, I spoke on a panel, and nearly every participant emphasized the unfairness of tests that are predictively weak and contaminated by social bias.

The original ugly eugenic racist intention behind the SAT, aimed at excluding Jews from the Ivy League, has been realized by biased test-question selection algorithms that systemically discriminate against blacks (see: Soares, The Power of Privilege, 2007: chapter 2; Soares SAT Wars, 2012: chapter 6; Soares, The Scandal of Standardized Tests, 2020: chapters 1 and 3). Experimental questions on which blacks outperform whites are removed before administrations of test questions that count because such shifts in scores would disrupt the SAT’s normed bell curve. On criterion scored tests, such as those high school and college students take on the curriculum taught in class, blacks perform significantly better than on bell-curved normed tests.

It is a myth, perpetuated by the testing industry and those who benefit from the use of test scores in college admissions, that SAT/ACT scores predict college performance better than high-school grades. “Irrespective of the quality or type of school attended, high-school GPA proved the best predictor not only of freshman grades in college, as many studies have shown, but also of long-term college outcomes such as cumulative grade-point average and four-year graduation” (Saul Geiser and Richard Atkinson, SAT Wars, chapter 2, 2012). If universities selected students based on HSGPA instead of test scores, their selection pools would have more racial diversity than they do now. With the University of California providing the data, Geiser has shown us that while black and Latinx are just 5% of top decile test score submitters, they are 23% of those applying from the top decile based on HSGPA. SAT/ACT scores and race have a linear relationship, with blacks and Latinx youths at the bottom. “Underrepresented minority applicants are far less likely to rise to the top of the pool when ranked by test scores in place of high school grades” (Saul Geiser, The Scandal of Standardized Tests, 2020: 26). University admissions based on test scores perpetuate racial disparities, high school grades narrow them. If we are serious about rooting out systemic racism, we must toss these racist tests.

Featured image “Scantron-1972” by karlalalis is licensed under CC PDM 1.0 via Creative Commons

Possible to provide a pdf of one or two of these sources, perhaps one of the chapters cited or some data from the chapter? I’ve worked with low income minority students on the SAT and ACT for 16 years, and I am very interested.

Thank you very much.

Very interesting topic. I am confused how the actual test is “racist”. My understanding reading your article is that race can be a predictor of socioeconomic status and that seems to be the major predictor on outcomes. I do believe that socioeconomic status of blacks and Latinx are very intimate with the history of racism but I am not convinced that the test itself is a racist ploy to exclude minorities from higher ed, despite its beginnings. The argument pertaining to GPA being a better predictor of college outcomes is more convincing for the need to get rid of these test than the racist argument

Its interesting that you have provided cites for most of your statements except the following: “Over the last decade, race has become a higher predictor of SAT/ACT test scores than parent education or family income.” The UC school system cited three reasons: income, family education, and race. Again what is unclear is if race is more of a predictor of socioeconomic status. What I think this article is missing are few things:

The reason I think these questions are very important to this article is because if you can prove that despite similar socioeconomic status, GPA, SAT/ACT scores, minorities have disparate outcomes. To me, the socioeconomic status is the biggest driver as well as stereotype bias (e.g., girls thinking they are not supposed to be good at math). If socioeconomic status is in fact the biggest driver, then getting rid of the ACT/SAT probably wont result in much of an impact on admission statistics. By focusing on these test as holding black and Latinx people back, I think it overlooks the huge gap of education disparities at the developmental, middle school, and high school levels. If we fix the roots, the flower will blossom, so to speak.

It would be useful to add references with regard to the most salient point of this article. Here is one: https://escholarship.org/uc/item/9gs5v3pv

One small hopeful fact is that many years ago, when teaching Biology at Seton Hall University (NJ), some freshman had SAT scores in the 200s, but had gone to a science high. Some of these students ended as science majors. We gave them one extra hour of lab time, and included basic writing and math exercises related to the content (a most important feature). It worked. Student intelligence was not a factor, simple filling of gaps was the need.

Putting such students in extra “dummy” classes for a college year, adding to a financial burden, and making them seem stupid is an awful and cruel methodology of many colleges.