*This interview was originally featured in the TSSP, the official member newsletter of National Council for the Social Studies. They have graciously allowed the TC Press blog to share. 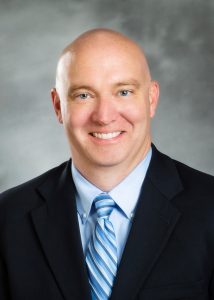 TSSP: It’s a pleasure to have you with us today to discuss a very important and hot topic in social studies and communications. Fake news! Some teachers are afraid to teach political issues in their classrooms for a variety of reasons. What advice would you give to them?

Journell: Broaching politics in K-12 classrooms can certainly be a scary proposition. I am sure most teachers can point to an example of a social studies teacher who went viral on social media or was lambasted on cable news for engaging in partisan political instruction, and as a result, many teachers make the kneejerk reaction to not discuss politics at all.

It is important to note, however, that the reason those teachers go viral is not because they are teaching about politics; rather, it is because of how they broach politics in their classrooms. Engaging in shouting matches with students or forcing them to adhere to what you believe is not good practice and should be admonished.

However, there is a substantial research base that shows students are interested in politics, enjoy discussing political issues, and can handle discussions of difficult issues when given the opportunity. Moreover, studies have shown that regular discussions of current events and controversial issues are a hallmark of a quality civic education. The key to not getting in trouble is developing a classroom culture in which all legitimate stances on open political issues are given a fair hearing.

Many teachers (and a large percentage of the public) also worry about having undue influence over students and engaging in “indoctrination”. As a result, many teachers feel as though they cannot share their own political beliefs with students. Yet, as long as the teacher has developed that classroom culture of respect, teachers should feel comfortable taking a committed impartialityapproach in which they voice their beliefs but openly acknowledge that their opinions are no more correct than that of their students. Since completely neutral classrooms cannot exist, teacher political disclosure offers an element of transparency to one’s instruction.

TSSP: Since the 2016 Presidential Elections, the term “fake news” has become very popular. What exactly is fake news? And why can’t we seem to tell the difference between fake news and real news?

Journell: Defining “fake news” is difficult because there is both a technical definition and a colloquial definition, and unfortunately, we have conflated the two within U.S. society. The technical definition is that “fake news” stands for demonstrably false information masquerading as fact. The colloquial definition is the one made famous by President Trump in which the term “fake news” is used as a strategy to dismiss negative opinions or information that does not fit within one’s worldview. The problem is that the way President Trump has used the term has made people more susceptible to actual fake news because it gives people license to automatically dismiss information that is contrary to one’s worldview without assessing its veracity.

There is a litany of reasons why we have such a hard time discerning real news from fake news. In this age of social media and increased technology, those peddling fake news have more tools at their disposal to make fraudulent information seem real. In my opinion, what is of greater concern is that increasingly we don’t want to tell the difference between what is fake and what is real. Rather, many Americans have siloed themselves into political echo chambers and only seek information that reinforces their existing beliefs, as opposed to seeking out credible information.

Give us an example of how teachers could approach discussing this historical event in the classroom.

Journell: There are many ways teachers could have their students engage with the Cohen testimony. The first is to use Cohen as an example of how to evaluate a primary source. On one hand, he was intimately involved with the Trump organization for over a decade, so his testimony offers some credibility. On the other, it has been proven that Cohen has had a questionable relationship with the truth in the past, and his motives in testifying to Congress may not be pure. In short, the Cohen testimony could be a good exercise in helping students critically analyze a source and not take it at face value.

Another way teachers could explore the Cohen testimony would be to use elements of political psychology, such as confirmation bias and motivated reasoning. Most people digested the Cohen testimony in a way that fit within their preconceived political beliefs, specifically how they feel about President Trump. Trump critics saw Cohen’s testimony as more evidence that Trump is corrupt and colluding with Russia; Trump supporters saw the testimony as merely baseless accusations by a convicted liar. Teachers could hammer this point home by having students compare Fox News and MSNBC’s coverage of the testimony.

A final way teachers could use the Cohen testimony is as a way of helping students learn to think politically. House Democrats likely knew that Cohen would not have offered anything that was not already public knowledge or would be released in the Mueller report. So, why did they have him testify? Students should be able to connect the dots between the Cohen testimony, the 2020 election, and other attempts to damage Trump’s chances of winning reelection (e.g., subpoenaing his tax returns).

TSSP: What fake news trends should we be ready for in the upcoming election?

Journell: Unfortunately, I think we are in for more of the same. Trump’s colloquial use of the term fake news as a way to delegitimize “mainstream” media has worked for him thus far, so he will likely only ramp up that rhetoric on the campaign trail. Moreover, according to reports from U.S. Intelligence Agencies, Trump has done little to discourage Russia and other nations from trying to influence future elections, so my guess is that we will see repeated attempts by foreign powers to sway voters’ opinions using fraudulent information on social media in 2020.

TSSP: What are some ways teachers can help students to discern whether news stories, social media posts, panel discussions, etc. are “credible”?

Journell: The Stanford History Education Group has engaged in some groundbreaking research on what they call civic online reasoning. Assessing the viability of online information—much of which comes from the bowels of the internet—requires different skills than what has been taught with traditional media literacy instruction. They argue that students need to approach sources like professional fact checkers—focusing less on the source itself and instead looking for corroborating information on verified reputable outlets. In this sense, students are reading laterally across sources and not vertically on a single source.

TSSP: Why do you think we’ve seen such an increase in “fake news” and what are the long-term effects of misinformation?

Journell: Fake news is not new; attempts to sway opinion using fraudulent information have been documented throughout history. However, the means by which fake news can be disseminated have improved dramatically in this era of social media. Someone can make a fraudulent political meme using a meme generator found on Google, post it on Facebook or Twitter, and it can reach thousands of people within only a few hours.

As a civic educator, I believe the long-term effects of misinformation are concerning for the health of our democracy. A democratic society can only function if people make decisions based on accurate information.

TSSP: Thanks for talking with us today, Wayne. Before you leave, we must ask you what is the biggest value you receive as an NCSS member?

Journell: Obviously the NCSS annual conference is something that provides a great deal of professional development each year. Also, I am a member of the College and University and Faculty Assembly (CUFA) of NCSS, and I also get a lot from that community. Research provides the basis for what works in classroom instruction, and I would encourage any NCSS member—regardless of whether they are a university faculty member—to join CUFA if they are interested in better understanding this aspect of social studies education!

Wayne Journell is associate professor and secondary education program coordinator at the University of North Carolina at Greensboro. He currently serves as editor of Theory & Research in Social Education and is a past recipient of the Exemplary Research in Social Studies Award from the National Council for the Social Studies (NCSS). He is the volume editor for Unpacking Fake News: An Educator’s Guide to Navigating the Media with Students