Sports Culture as a Site for Literacy Learning: An Interview with Luke Rodesiler 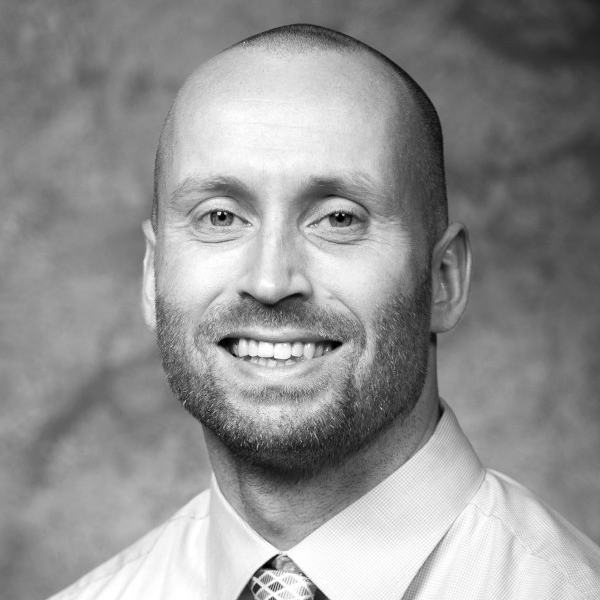 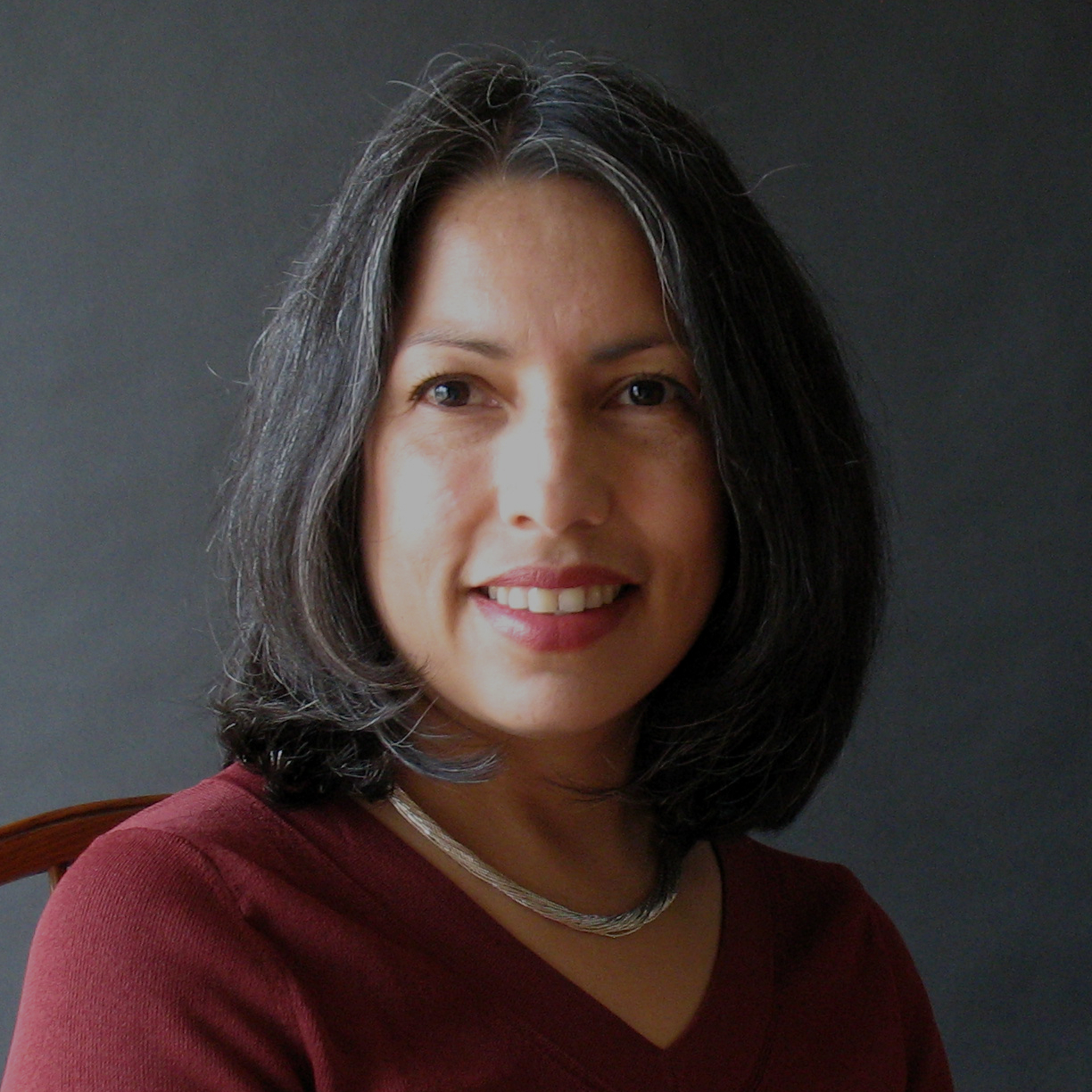 Luke Rodesiler is associate professor of education and chair of the Department of Teacher Education at Purdue University Fort Wayne. His work has been published through various academic outlets, including English Education, Journal of Adolescent and Adult Literacy, English Teaching: Practice and Critique, and English Journal. He is also the author of a new book titled Bringing Sports Culture to the English Classroom: An Interest-Driven Approach to Literacy Instruction, which will be out this month from Teachers College Press.

Isabel Nuñez is professor of educational studies and dean of the School of Education at Purdue University Fort Wayne. She holds a Ph.D. in Curriculum Studies from the University of Illinois, Chicago; an M.Phil. in Cultural Studies from Birmingham University; and a J.D. from UCLA Law. She has published three books with Teachers College Press (Hope and Joy in Education: Engaging Daisaku Ikeda Across Curriculum and Context, Worth Striking for: Why Education Policy is Every Teacher’s Concern, and Diving in: Bill Ayers and the Art of Teaching into the Contradiction). Her work has appeared in Curriculum Inquiry, Educational Studies, the Journal of Curriculum Theorizing, and Teachers College Record. She is currently vice president of the American Educational Research Association for Division B, Curriculum Studies.

Isabel Nuñez: What role did sports culture play at the various stages of your own literacy development journey?

Luke Rodesiler: Sports culture played a central role in my literacy development, but typically well beyond the walls of the classroom.

Reading was a routine leisure activity in the house where I grew up, and the most cherished of all texts day to day was the sports page. My father would get three newspapers—the two major Detroit papers and a local one—so there was fresh content and multiple perspectives to consider daily. Naturally, reading those papers prompted discussion about a columnist’s take or predictions for upcoming games, so it was also great fuel for developing literacy practices associated with speaking and listening. But the contributions to my literacy development didn’t just come from printed texts. My personal sporting interests positioned me to create stories of my own, too. I was really into professional wrestling as a kid and generated all sorts of storylines when playing with WWE (né WWF) action figures during my elementary years. Hulk Hogan was the champion through most of the ‘80s, but I preferred guys like Randy Savage and Ricky Steamboat. Playing with those toys, I got to be the booker, create original narratives in my head, and carry out those stories for hours. Then, as I got older, competing in organized sports as a teen prompted me to take up literacy practices like writing goals for my own performance and that of the teams on which I played. So, sports culture steadily contributed to my literacy development over time, even if it didn’t often make its way to the classroom.

IN: Are you still learning with and from sports-related texts to better understand the world and more effectively communicate?

LR: Oh, absolutely. A few titles that have helped in that regard come to mind immediately. Julie DiCaro’s Sidelined: Sports, Culture, and Being a Woman in America is one. Reading that book helped to extend my understanding of sports culture (and the greater world) by providing insights into experiences unlike those I’ve known personally. Another is Proud, a memoir written by Ibtihaj Muhammad, the first Muslim American in hijab to compete for the United States Olympic team. I can’t claim to be a fencing enthusiast, but Muhammad’s story really shines a light on the unnecessary barriers (e.g., racism, xenophobia) that can stifle someone’s dreams—athletes or otherwise. And it’s not just nonfiction that’s informative in that way. Reading sports-related fiction can work in a similar fashion. For instance, as part of a recent collaboration with Mark Lewis, I’ve spent a lot of time with The Passing Playbook, a novel by Isaac Fitzsimons, and The Other Boy, a novel by M.G. Hennessey. Both books feature a transgender youth-athlete as the protagonist. At a time when anti-LGBTQ+ legislators are actively erasing transgender youth from interscholastic sports, those books make it easy to empathize with kids who are just trying to live their lives and pursue their sporting interests yet find themselves having to combat transphobic bullies or restrictive policies. For that reason, I hope everyone gives those two titles a look.

IN: How did you come to appreciate the potential of sports-related texts to engage young people in the English language arts classroom?

LR: I have to give credit to folks I worked with as I progressed through an initial teacher education program back in the early 2000s. I was fortunate to learn from teacher educators like Leslie David Burns and Jory Brass, who introduced me to “Reading Don’t Fix No Chevys”: Literacy in the Lives of Young Men by Michael W. Smith and Jeffrey D. Wilhelm and the scholarship of Ernest Morrell and Jeffrey M. Duncan-Andrade, which helped me see the possibilities for bringing popular cultural texts to the classroom. Then, as a practicing high school English teacher, I was able to apply those ideas by supplementing units of study with content that spoke to students’ sporting interests. So, reading that research and scholarship as a prospective teacher gave me a foundation upon which to build in my own classroom practice, where I saw firsthand the value of tapping students’ knowledge of, interests in, and experiences with sports culture. Now I’m trying to help other teachers see the possibilities for themselves.

IN: What impact do you hope Bringing Sports Culture to the English Classroom will have on readers in various contexts?

LR: When I was incorporating sports-related texts into the secondary ELA classroom, I had no idea that a stand-alone sports literature class like the four featured in the book was an option. Therefore, I hope the book helps practicing and prospective teachers and curriculum coordinators see what I couldn’t. I hope it helps them envision what’s possible and inspires them to create unconventional courses that will appeal to the students they serve while supporting literacy teaching and learning. And I wouldn’t limit that to sports literature courses, either. Maybe that means creating courses that focus on graphic novels or on film study. Who knows? Also, I hope the book inspires teachers who, though perhaps not positioned to teach a sports literature course, want to make room in their curricula for sports-related texts. Four secondary sports literature classes are featured in the book, but ideas for adapting activities to fit a more traditional English language arts class are included, too.

IN: If there was just one idea from your book that a high school English teacher was going to use in their classroom, which would you like it to be?

LR: If I had to push just one notion, I think it’d be the general idea that sports culture can provide secure footholds for students to critically explore contemporary sociopolitical issues. As documented in the book, that work can take different forms. Sometimes it’s through the reading of a whole-class text, like exploring how a football coach challenges traditional masculinity ideology in Jeffrey Marx’s Season of Life or problematizing idolatry with John Grisham’s Bleachers. Sometimes it’s through student-driven research and inquiry, like investigating the exploitation of college athletes or critically analyzing the marginalization of women in popular sports media. Regardless of the shape the work takes, sports culture can provide valuable frames of reference as students wade into murky waters to consider issues of power, privilege, and marginalization that are relevant far beyond the wide world of sports. And digging into these kinds of issues is appropriate because students are people living in this world just like you or me and, as such, their lives are already being touched by them.