I Am George Floyd 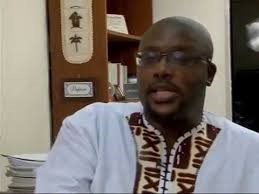 
When I saw Derek Chauvin driving his knee into George Floyd’s neck, I believe I felt for the first time what it must have been like for my ancestors on the plantation. My first thought was “this isn’t happening.” I felt my blood pressure rise instantly as I imagined myself in his place. I wanted to scream at the cell phone videographers “push him off of his neck!” In my mind I cursed them out for not intervening. I imagined myself drop kicking the officer in his chin making him fall backwards, and George quickly popping up saying, “Oh my God thank you, man I couldn’t breathe!” Watching the video was a very personal, private moment for me. Only George Floyd and I existed in the world for 8 minutes and 46 seconds. But in that moment, I kept hoping that someone would bump against Chauvin to give Floyd a few seconds to breathe. Then there was a glimmer of hope. In one moment I noticed George move to slightly reposition his neck, and I thought to myself ‘cool, if he can just position himself so that he can breathe without that officer knowing it, they will then stand him up and put him in the squad car.’ My mind wandered just a bit as I thought about what kind of lawsuit he would level, since it appeared to be unquestionable police brutality. But then suddenly I distracted myself with images of a racist realtor and homeowner I recently encountered who took a house off the market after I made a move to obtain the property. When I was texting with them, they thought I was a white man, but just hours after the in-person meeting, they took the house off the market. I contacted the state commission on civil rights to file a complaint, and the intake officer said, “the owner has the right to take their property off the market.” I felt choked. When it comes to discrimination laws, I felt like the laws are written to protect the racists.

But in that second my mind wandered back to the Floyd-Chauvin video I was watching. My gut wrenched because just as Floyd made the slight move with his neck to get air, Chauvin felt it, so he depressed his foot into the pavement so that his knee would pivot and dig deeper into Floyd’s neck with just enough pressure to take away all hope—from both me and Floyd. In the next second, I felt myself get angry at Floyd, I was thinking “Bruh, PLEASE move your neck again! Move your neck before I start crying, please move your neck again. Dude, please move your neck.” My head, stomach and neck felt ready for the grave. At the same time, I felt rage because it seemed like Chauvin was somehow being satisfied. He looked like he was thinking, “Take this knee like you like it, n-word. No one will be able to tell, but I’m crushing your neck n-word.” Since George couldn’t move his neck, I started moving my neck for him, twisting, turning, imagining a knee on my neck, I felt it. I was imagining the movements he could make to try to get some air. My throat started hurting as I watched him squirm for air, but Chauvin seemed intimately connected to the actual windpipe itself, as George moved, he moved. Then I heard George say what I was hoping was not true because it would be too much for me. He said, “I can’t breathe.” In that movement I looked away and lost focus again. My eyes wandered off to the right, away from the video, and I pictured Eric Garner laying on the sidewalk with what had to feel like a boa constrictor squeezing the life out him. I tried to think about it without feeling anything, but I failed. I felt everything. All the thoughts and feelings were happening in milliseconds. I saw myself in Eric Garner and George Floyd. I took their place. I imagined the news report, “Howard University Professor Strangled to Death By New York Police Officer.” I wondered how that would play. My attention went back to the video when I heard Officer Thao requesting that onlookers stay back. I looked at him and thought, “Please save that man down there.” But it didn’t seem like he even knew there was a man down there. It looked like he was a referee at a football game making sure the sidelines were clear. I looked at George and I felt helpless. My mind wandered again, this time I imagined one of my ancestors on the plantation laying on the ground with a white man’s knee on his neck and the other enslaved people looking on, screaming, crying, yelling “Please just let him go. He will be a good boy from now on.” And the white man just staying put. No remorse. No sympathy. I thought about all those times in my life I had said, “…well if I was around during slavery, they would have had to kill me. I wouldn’t just stand there and let them brutalize my family and my people.” But then I realized that the videographers/onlookers probably think just like me about brutality on the plantation—if they were around then, they wouldn’t let it happen on their watch. But maybe none of that is real. Maybe in reality none of us would want to swap our own life life with theirs—because that’s exactly what would happen if a Black person were to intervene. As I tuned back to the video, I realized that George was going to make the ultimate sacrifice to satisfy the bloodlust of a society that seems to relish in our agony.

Uprisings on the Horizon

Prior to the savage killing and subsequent unrest stemming from Floyd making the ultimate sacrifice, my colleagues, Ty-Ron Douglas, Ivory Toldson, and I (Kmt G. Shockley) collected essays, research and personal stories from activists and advocates who wanted to tell stories and provide data related to the uprisings, protests, and the movements happening on our college campuses. Police and college students have deep history in the US. College campuses have always been, and it is likely that they will always be, a locus for major protest and demand for real societal change. College students in the 1960’s and 1970’s such as Stokeley Carmichael (Kwame Ture), Steve Biko, Angela Davis, Huey Newton and anti-war protestors created the blueprint for the major social movements of today. But if a flood of protests was sparked as a result of societal inequalities in the 1960’s and 1970’s, what is now on the horizon is a major tsunami. Activists and collegiate leaders have been sounding the warning bells for the past several years, and the tension is reaching a boiling point that will match, and perhaps even surpass the anger and societal upheaval experienced in the protests and riots in support of George Floyd. The book Campus Uprisings: How Student Activists and Collegiate Leaders Resist Racism and Create Hope offers an opportunity for campus leadership, parents, students and other higher education constituents to understand what is brewing before that boiling point is reached.