Community Control and Its Legacy 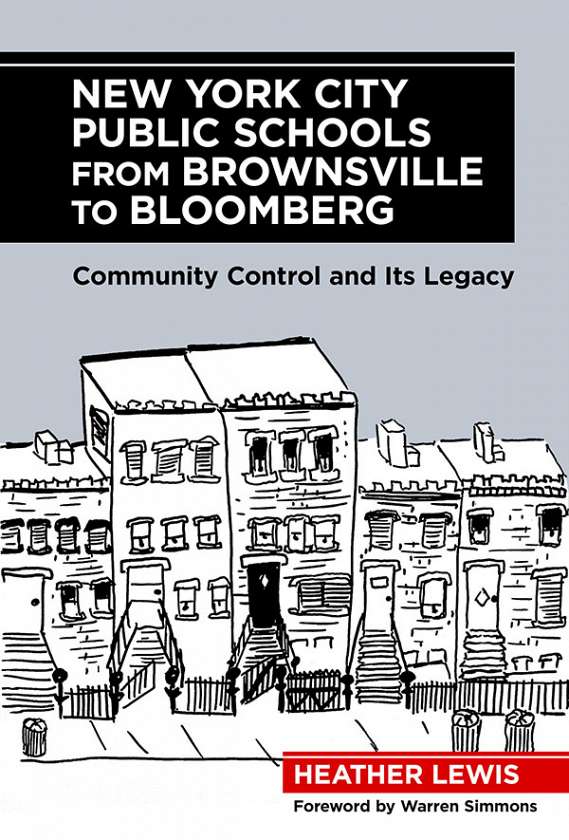 When New York City mayor Michael Bloomberg centralized control of the city’s schools in 2002, he terminated the city’s 32-year experiment with decentralized school control dubbed by the mayor and the media as the “Bad Old Days.” Decentralization grew out of the community control movement of the 1960s, which was itself a response to the “bad old days” of central control of a school system that was increasingly segregated and unequal.

In this probing historical account, Heather Lewis draws on new archival sources and oral histories to argue that the community control movement did influence school improvement, particularly in African American and Puerto Rican communities in the 1970s and 80s. Lewis shows how educators with unique insights into the relationships between the schools and the communities they served enabled meaningful change, with a focus on instructional improvement and equity that would be familiar to many observers of contemporary education reform. With a resurgence of local organizing and potential challenges to mayoral control, this informative history will be important reading for today’s educational and community leaders.

Heather Lewis is an associate professor of urban history and education at Pratt Institute.

“Community control of schools? We tried that in the sixties and seventies, the standard story goes, and it didn’t work. Heather Lewis has produced our first sophisticated challenge to this received wisdom. Drawing on oral histories and a rich archival record, Lewis reconstructs a forgotten tradition of democratic activism and change in urban American education. We would all be wise to remember it.”
—Jonathan Zimmerman, professor of education and history, New York University

“At last we have a work that sets the record straight on the achievements of decentralization, the real reasons for its demise, and the devastating impact of the recentralization under Mayor Bloomberg.”
—Clarence Taylor, professor of modern African American history, religion, and civil rights, Baruch College

“We need this book now more than ever! Heather Lewis brilliantly describes the efforts of Latino and African American educators, parents, and activists to create high-quality public schools in New York City from the 1960s to the present. Their vision was forged in wider struggles for social justice and public accountability. As we encounter contemporary school reform efforts too often divorced from the needs and aspirations of poor communities, we must revisit these community-based struggles and redouble our commitment to high-quality public education for all.”
—Martha Biondi, associate professor of African American studies and history, Northwestern University

“We are in the midst of a highly polarized debate over the direction of school reform. Lewis's new book provides an insightful historical background to understand these debates and what's at stake. In this clearly written analysis, readers will be able to understand why so many past reforms have failed to fulfill promises that were made and why much of what has been held out as a panacea for ‘fixing’ our troubled schools is little more than empty rhetoric. This is a timely and important book that will be a resource for years to come.”
—Pedro Noguera, Peter L. Agnew Professor of Education, New York University