Lella Gandini moved from Italy to the United States in 1972 but remained connected, both as educator and parent, with her home country’s innovative programs in early childhood education, especially those of the cities of Pistoia and Reggio Emilia. She earned a B.A. and M.A. at Smith College and an Ed.D. at the University of Massachusetts, where she taught together with two of her professors, George Forman and Carolyn Edwards. In the same period she published several books for children in Italy, focusing mainly on traditional nursery rhymes and fairly tales. As she became familiar with schools and childcare centers in this country, she realized that many of the practices that she observed did not correspond to the child development theories she had studied that placed value on relationships and learning. Thus she began to bring visual materials and documented stories from Pistoia and Reggio Emilia to present and publish in this country, to help educators open new possibilities both for children and for their own profession. Since 1994 she has served as Reggio Children’s United States Liaison for the Dissemination of the Reggio Emilia approach. Since 1997 she has been Associate Editor of the journal, Innovations in Early Childhood Education: The International Reggio Exchange. She has also been a Visiting Scholar at Lesley University since 2008. Her honors include an Honorary Doctorate in Humane Letters from the Erikson Institute (2004) and the Smith College Medal for Distinguished Alumnae (2008). Among her publications for educators, the best known is The Hundred Languages of Children: The Reggio Emilia Approach to Early Childhood Education, co-edited with Edwards and Forman. 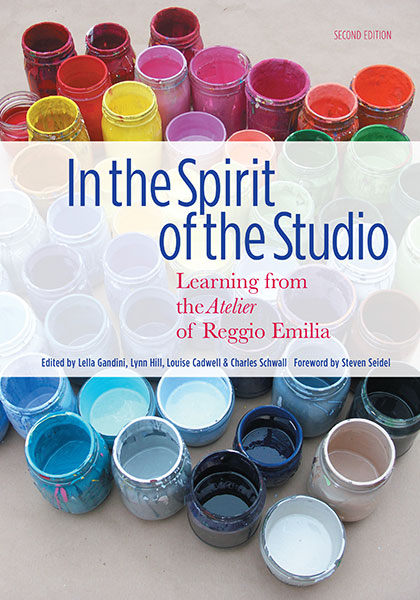