Constancy and Change in American Classrooms, 1890–1990 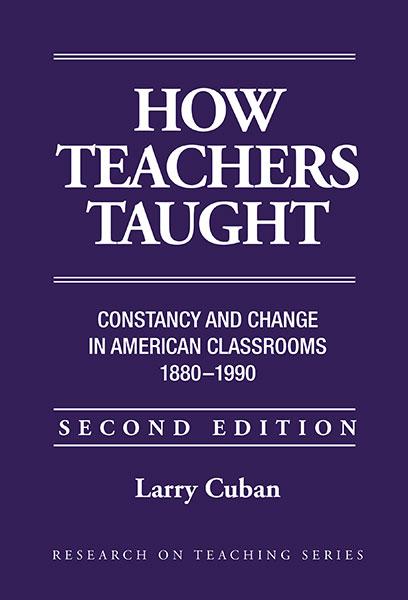 In the first edition of this seminal study, Larry Cuban presented the last century of American teaching as one of a stable teacher-centered pedagogy. Within this framework, Cuban explored how major school reform efforts to alter classroom teaching often resulted in modest shifts in pedagogy in elementary schools and even less change in secondary schools.

Now, in this second edition, How Teachers Taught: Constancy and Change in American Classrooms, 1890–1990, Larry Cuban returns to his pioneering inquiry into the history of teaching practice in the United States, responds to criticisms, and incorporates the scholarship of the last ten years. While not abandoning his basic thesis of the remarkable continuity in teacher-based instruction, Cuban now examines more closely the phenomenon of “hybrids” of student-centered and teacher-centered pedagogy, and finds many instances of classroom change sufficient to give pause to those who see futility in classroom reform. The author looks closely at socioeconomic contexts and the evolution of curriculum content. In the final chapter, Cuban directly assesses the implications of his work for policymakers, practitioners, and researchers. Historians, sociologists, and educators will also find powerful relevancy to their work, and the general reader will join in an exciting search for historical realities.

“There are no bumper-sticker solutions to educational problems here, no election year gimmicks. Rather, this book presents the seasoned hopefulness and skeptical wisdom of a scholar-practitioner who gives us a better map of where we have been and a sense of where we might go.”
—From the Foreword by David Tyack 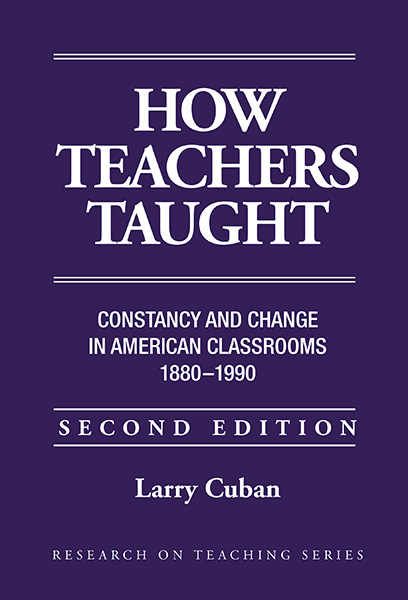